Nick Beram
11:11 29 May 20
Sarah and the Webwise team have providing me with quality web services for years. They're efficient, professional and easy to work with. Highly recommended. Thanks Sarah for your ongoing support.read more

rob remnant
02:46 08 May 20
Webwise’s Sarah couldn’t have been more supportive throughout the project. She was extremely responsive, always responding to my questions within 24 hours at most, and provided exceptional advice from start to finish. I couldn’t recommend her more highly.read more

Tanya Brabrook
07:00 05 Mar 20
We worked closely with Sarah from Webwise to build a brand new website for our toy shop. The process was made easy and Sarah always made herself available, and willing to help. We're very happy with the outcome!read more

Kim Lagos
09:36 02 Dec 19
Webwise recently assisted with some design requirements for my business. I was very happy with the level of service and the finished product. Thanksread more

STYLD
08:07 20 Nov 19
I use Sydney Webwise for all my digital creative requirements and am always highly impressed by the standards.

Alyce Biggs
16:56 16 Oct 19
I have been working with Sarah for the past 4 -5 years, I absolutely love her passion, energy and manner. She really cares about her clients and delivers great results and site performance. Sarah and her team go above and beyond.read more

Jiraporn Taveeapiradeebuntip
00:25 24 Sep 19
We have been looking for a web designer to take on a challenging custom build project for a long time. After being rejected by several other companies due to the complexibility of the build we were super lucky to finally have found Sarah from Webwise. Sarah was extremely good to work with as she actually listened to our needs and what we would like to achieve with our new website in regards to design and the custom personalisation part of our products. No challenge was to much for Sarah and the team and the outcome exceeded our expectation by far! The whole process was very organised and the communication could have not been any better. We can highly recommend Webwise to anyone with full confident you are in good hands. We are very thankful and looking forward to work with Webwise again in the near future.read more

Element Building Projects
03:48 04 Sep 19
We have worked with Sarah and her team at Sydney Webwise for several years and keep coming back to them because they are simply amazing! Sarah really gets us. She is super patient, extremely responsive, really pleasant to deal with and she genuinely cares about producing a great result for us. We've worked on creating and improving numerous websites and digital and other marketing material with Sarah and her team, and we highly recommend Sydney Webwise if you are looking for someone to deliver results with a unique and personal approach. Her team will give you honest and genuine advice that aligns with effective and creative web & digital marketing strategies. Thanks Sydney Webwise!read more

Illetes Swim
03:53 30 Aug 19
Would highly recommend the Webwise team for their dedication and support whilst launching our website and online shop. Could not thank them enough for all the hard work they put in for us. They give after support too so you are not left after without assistance, very professional and committed team, Wish you all the best and hopefully work together soon again :)read more

Lee Lucas
00:07 15 Aug 19
Have worked with Sarah for almost 10 years and can not recommend her enough. Sarah has some awesome ideas and the ability to make you look elite! Her portfolio of clients shows. High class professionalism!read more

Naomi Brand
00:39 12 Mar 19
Sarah at Webwise is amazing at what she does! I would recommend her to anyone looking to create amazing websites! Her knowledge, expertise and thinking outside the box is second to none.read more

Ben De Jonk
08:56 24 Oct 18
I have dealt with Sarah now for all my hosting and website requirements for the last few years and she has always delivered great ideas and designed fantastic websites. I know the most difficult thing with my business is I am so busy and don’t have time to do the research. With Sarah I gave her my ideas verbally and some competitors in the area and she did the rest coming up with a great modern designed website. I would have no hesitation in recommending webwise for anyone looking for a great modern and affordable website. Keep up the good work!!read more
Next Reviews 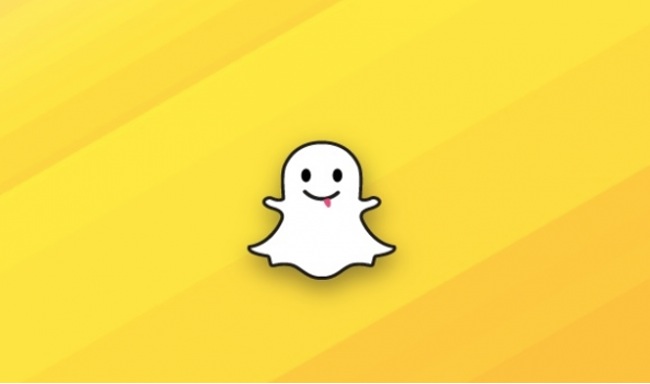 Snapchat is the fastest growing social app at the moment.

Not familiar with the world’s premier, self-destructing, private photo sharing app? It’s not as seedy as it sounds (no, it’s really not about sexting), and millions of prospective customers are using it right now to connect with their friends.

Launched in 2011, Snapchat is a popular smartphone app, where photos and videos are sent directly to connected friends, and are only available only available for a limited time (maximum 10 seconds) once the recipient opens it. The app’s new feature, Snapchat Stories, allows items to be available for up to 24 hours. Since its inception, Snapchat has grown to have more than 100 million monthly active users, sharing more than 400 million messages every day.

Why Snapchat for Online Marketing?

The nature of social media in general means customers have come to expect interaction in real time, with genuine engagement that gives them a glimpse behind the scenes. What’s more, a rapidly increasing number of people rely on their phone or tablet to access information.

Snapchat taps into user expectations and behaviours in a perfect trifecta.

The informal, creative and unceremonious tone of the platform lends itself to more genuine and relaxed interaction, with less of a focus on branding, and a greater focus on the real people behind the brand.

Snapchat is mobile, and not designed for desktop. There are some third-party extensions out there to make Snapchat available on desktop, but that’s not the point. Snapchat is created for interaction on the go – for users that live with smart tech in the hands.

Taco Bell is well-known for utilising Snapchat to engage with customers, and a spokesman for the food chain revealed Taco Bell has an 80% open rate on the snaps they send, which is practically unheard of for any other marketing platform.

Is Snapchat Right for Your Target Customer?

Selling to Gen Y women? Tech-savvy teens? Trendy hipsters who like to send photos of their latest Etsy-acquisitions to their friends (ironically, of course)? There’s every chance your ideal customer is already using Snapchat, so define your target market and do some research on the platforms they most engage with.

It’s estimated that around 70% of Snapchat users are women, and that the app is most popular with teens and millennials (aged 13 – 25). But that’s not to say men and 30 and 40-somethings aren’t using it. If in doubt, ask your customers.

How Can Businesses Utilise Snapchat?

Deliver time-sensitive offers and reward customers with coupons and discounts

Take people behind the scenes to build brand loyalty

Preview a new product to build anticipation and buzz before launch

Embrace video to humanise your content and connect with prospects

Tell people about holiday and seasonal sales and events

Ready to give it a whirl? One of the important things when you’re first starting out on Snapchat is to heavily cross promote your account on your other social channels like Facebook and Twitter, and in-store if your business has a physical presence. You won’t get follows if people don’t know about you, so spread the word.

VIEW HERE  how these top brands have used snap chat